by Adebimpe A.
(Kansas City, MO) 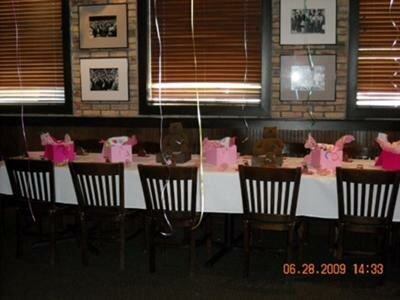 I hosted a pink baby shower for my sister this weekend and it turned out great.

There were a few minor hiccups like half the guest list not showing up and a tailgate falling on our original cake but she enjoyed herself and received a lot of the items she needed.

I was a total freak about this shower because this is my first time becoming an aunt and just because I'm a bit of a profectionist. The theme or color scheme was pink and brown. The shower was planned around the invitations I found at hallmark. I knew I wanted to incorporate gift boxes and bears.

I bought gift boxes from Hallmark as well and stuffed them with tissue paper and creative baby shower gifts like bibs, socks, pacifiers, lotions and etc. I found the brown bears from the Gap. I stacked one brown and one pink napkin on top of each other and placed it in front of each guest's seat with the baby shower favor which was a brown favor box filled with pink M&M on top of them.

I also had individually wrapped cookies at each seat as a favor as well. Here it is: 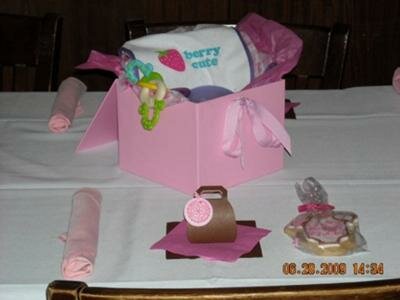 I wish I would have gotten better pictures but it was great.

Adebimpe's pink baby shower is very "girlish" type of party that perfect for welcoming a new baby girl. The cookie favor that she wrapped is so cute! I would also suggest some creative ideas:

Join in and write your own page! It's easy to do. How? Simply click here to return to Girl Baby Shower Themes.