I threw the Coolest Baby Clothesline Shower for my daughter. She was expecting a little boy, so I tried to stay with the traditional boy colors but not to babyish, by her request. 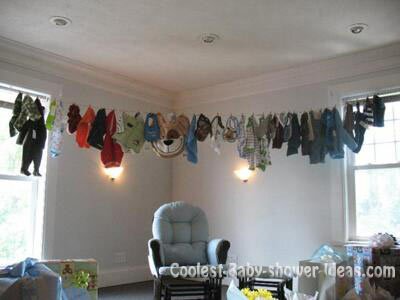 I choose green, yellow, and baby blue. The guest walked into the venue surrounded by blue, yellow and green balloons held down by jars of baby food to mark the entrance way into the shower. They then were greated by my daughter and in the distance behind they witnessed a large clothesline hanging above a small stage inwhich a rocking chair awaited our mother to be. Along the sides of the walls additional clothesline were hanged to display the tiny clothing inwhich I had purchased for my grandson. 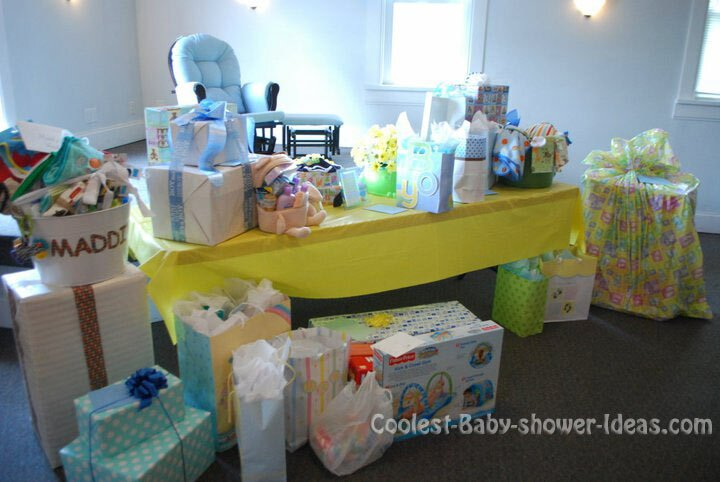 A candy buffet and cake display table ran beside one of the walls inwhich the guests were encouraged to view and partake in the candy before the shower began. The guest could put their candy finds into small cardboard box vessels that displayed a thank you message from my grandson to be. 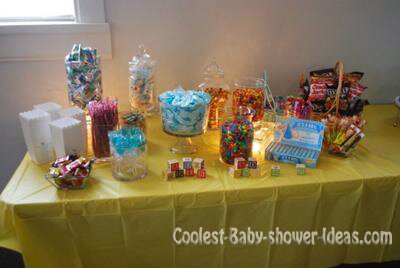 They then found as they approached their chosen table, yellow table cloths and plates of green and blue,topped off with silverware wrapped in green napkins tied with baby clothesline ribbon. I had addorned every other table with home made center pieces that consisted of live plants incased in baby blue baskets. 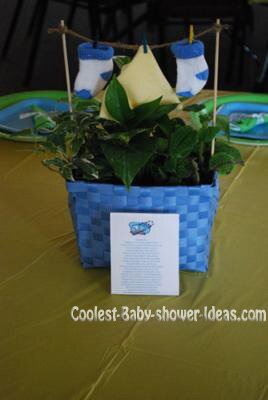 Hanging above each was a small clothesline of baby socks and wash clothes. These would later be used as game gifts as we played a few shower games. The other tables were glowing with baby blocked filled glass cylinders with floating candles and other blocks threw askew around the table. 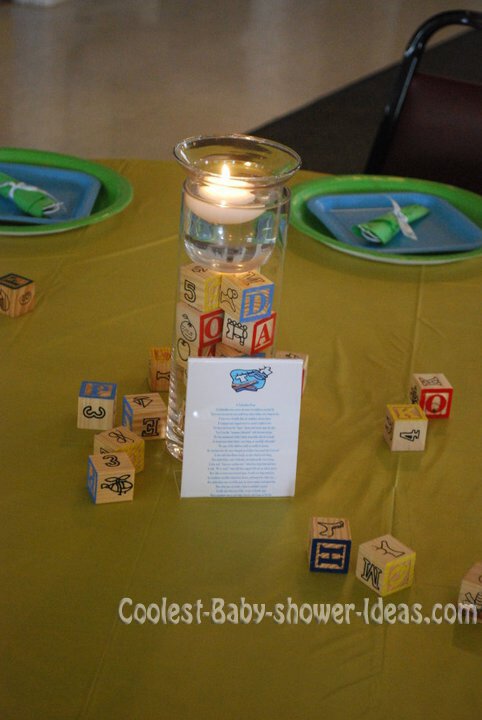 Each table had a small clear plastic photo frame that contained of a baby clothesline poem. 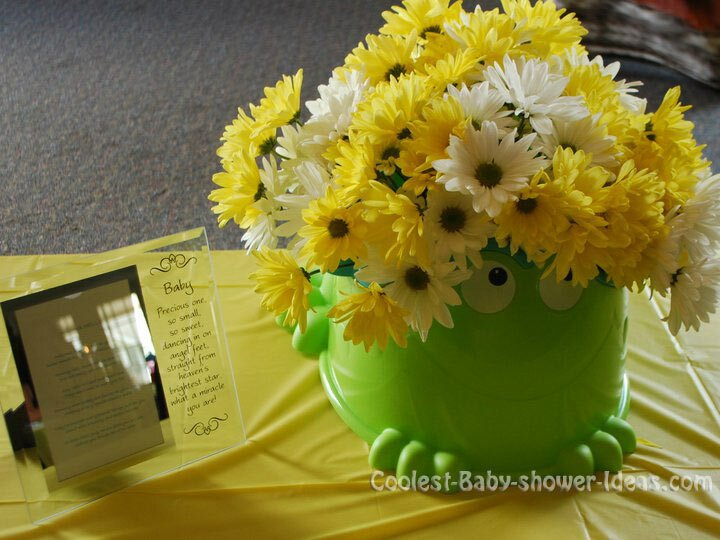 We proceeded in playing a game of Who Knows Mommy Best?, and then invited our guest to partake in the shower refreshments. Each item was marked with a baby clothes cut out stencil that depicted the food items. Once each guest had returned to their table our mommy then proceeded to open her gifts that had been placed below the stage. As she opened them, an egg times was set 3 different times in 5 minute increments and when the timer would go off, the gift that she was opening would depict who won the next game gift. 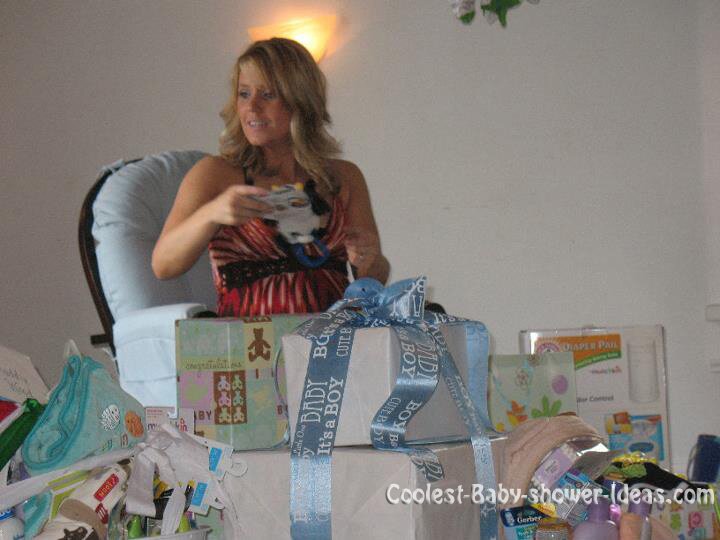 Once all of the gifts were open, an invitation to come to the cake display table to choose what type of cake they wanted was open. They had a choice of white jam filled, chocolate or vanilla. My daughter and myself then went around talking to each guest and thanking them for attending our Coolest Baby Clothesline Shower. 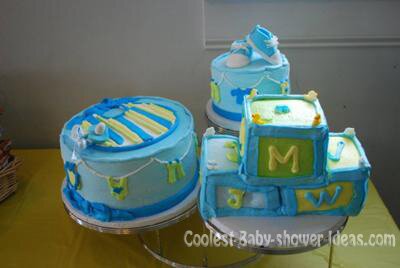